A buzzer is used in the domestic, official and industrial fields and it has almost entirely replaced the electro-mechanical bell. In houses and offices, the buzzer is used to catch the attention of people. In the industrial arena, it is mostly used as an alarm device.

The electromagnetic buzzer generally consists of a plastic housing with a metal diaphragm that is flexed by an electro- magnet. The main benefit of this design is the ability to obtain low frequencies in a small package. Drawbacks include mechanical wear, electrical noise, lower sound output, and large power consumption.

Difference between active and passive:

A piezo buzzer generates sound because of the piezoelectric effect from the piezoelectric ceramic which drives the metallic diaphragm to vibrate.
A magnetic buzzer is based on the electromagnetic principle, the metal diaphragm is pulled when input the power, and spring back without power.
The piezo buzzer is driven by square waves, and the magnetic buzzer needs 1/2 square waves to drive. 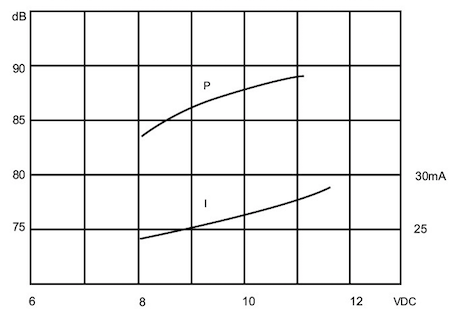