Electromagnetic buzzers featuring high reliability consists mainly of products that support automotive applications. They are directly mountable to PCBs due to their pin terminals, and are available in small φ12 type and φ16 type designed for broadband applications.

There are two main types of buzzer: active and passive.

A passive buzzer emits a tone when a voltage is applied across it. It also requires a specific signal to generate a variety of tones. The active buzzers are a lot simpler to use, so these are covered here.

An active buzzer can be connected just like an LED, but as they are a little more robust, you won’t be needing a resistor to protect them.

A magnetic buzzer is based on the electromagnetic principle, the metal diaphragm is pulled when input the power, and spring back without power.

The piezo buzzer is driven by square waves, and the magnetic buzzer needs 1/2 square waves to drive.

We suggest inputting higher voltage for a piezo buzzer, normally over 9V to have enough SPL. On the other hand, a magnetic buzzer can be driven to generate 85 dB by only 1.5V, but the consumption of the current will be much higher than Piezo one.

To compare the two types of buzzers, the magnetic type can have lower frequency response with the same dimension.

Though being limited by the dimension, the SPL of a magnetic buzzer can only reach to 90 dB. The piezo buzzer can achieve the SPL of 120 dB in some spec., some larger size can also easily reach to 100 dB. 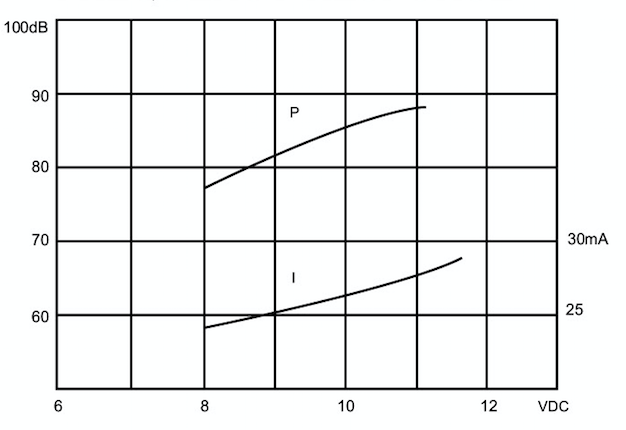