Screwless PCB terminal blocks are often used where high volume or quick assembly is needed. No tools are required to make connection if solid wire or stranded with ferrules is used. The wire will open the gate and be secured just by pushing it in. Some types have actuators or a tool slot which allow stranded wires to be used without ferrules.

The terminal blocks are used in almost all electric appliances that need 240-volt power supply. 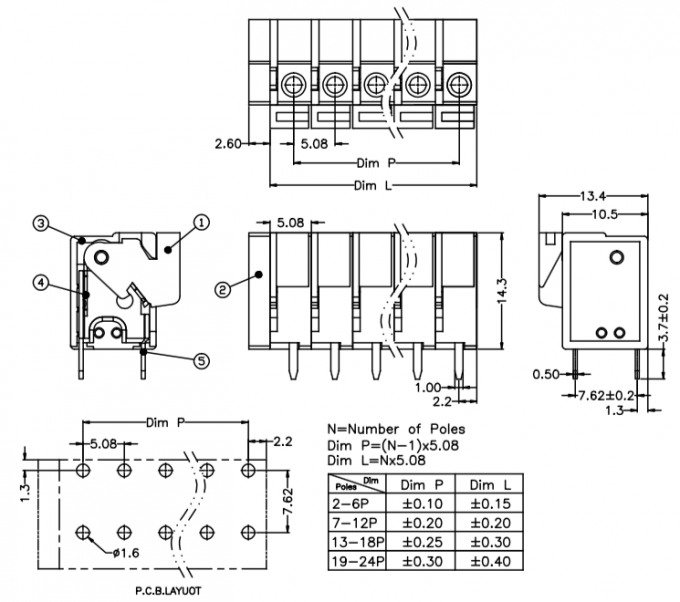