It is a low-voltage disconnectable (or plugable) connector. It is also known as "Combicon"; or more generically as a "pluggable terminal block" or a "two piece terminal block"

The Euroblock is a solderless connector that uses screw terminals to clamp connecting wires. Once the wires are installed, the entire assembly is plugged into a matching socket in the electronic device. Euroblocks are more convenient than the terminal strips they replace as the signal cables can be quickly disconnected from or connected to the electronic device, rather than unscrewing and re-screwing each wire individually.

Why you need a terminal block?

• It can be readily designed into products for circuits carrying currents of from a fraction of an ampere up to several hundred amperes at low to moderate frequencies.

• The terminals easily can be re-used in the field, allowing for the replacement of wires or equipment, generally with standard hand tools.

• Screw terminals usually avoid the requirement for a specialized mating connector to be applied to the ends of wires. 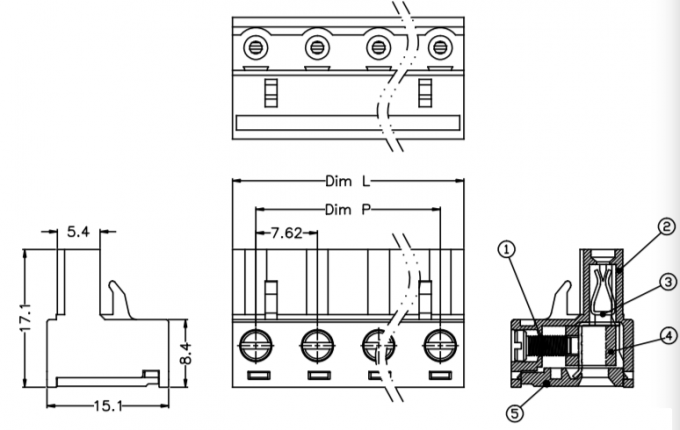 If you think that the terminal block is causing any problem in your appliance, you can follow the steps below to test: