Configuration:
Coiled with dielectrics and electrodes made of metalized polyester films, conducting wire down-leads in a single direction, which is a tinned copper binding wire. Rectangular enclosure adopts self-extinguishing plastics and encapsulated with antiflaming araldite. 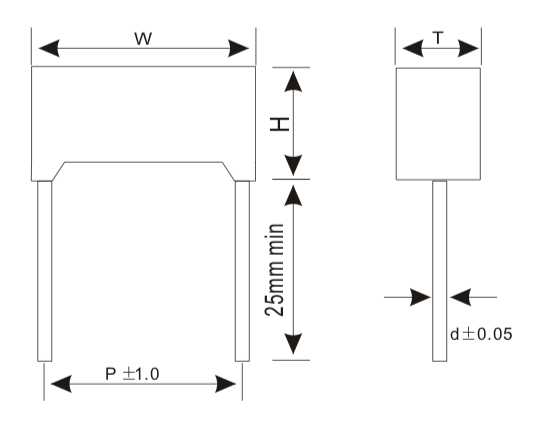