Metalized Polypropylene Film Capacitor are capacitors which use a thin plastic film as the dielectric. This film is made extremely thin using a sophisticated film drawing process. Once the film is manufactured, it may be metallized or left untreated, depending on the needed properties of the capacitor. Electrodes are then added and the assembly is mounted into a case which protects it from environmental factors. They are used in many applications because of their stability, low inductance and low cost. There are many types of film capacitors, including polyester film, metallized film, polypropylene film, PTFE film and polystyrene film. The core difference between these capacitor types is the material used as the dielectric, and the proper dielectric must be chosen according to the application. 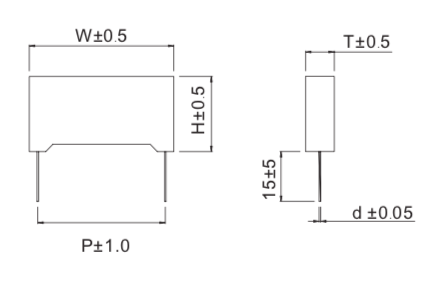