A buzzer is an audio signaling device, which may be mechanical , electromechanical , or piezoelectric (piezo for short). Typical uses of buzzers include alarm devices , timers, and confirmation of user input such as a mouse click or keystroke.

Piezo buzzer is an electronic device commonly used to produce sound. Light weight, simple construction and low price make it usable in various applications like car/truck reversing indicator, computers, call bells etc. Piezo buzzer is based on the inverse principle of piezo electricity discovered in 1880 by Jacques and Pierre Curie. It is the phenomena of generating electricity when mechanical pressure is applied to certain materials and the vice versa is also true. Such materials are called piezo electric materials. Piezo electric materials are either naturally available or manmade. Piezoceramic is class of manmade material, which poses piezo electric effect and is widely used to make disc, the heart of piezo buzzer. When subjected to an alternating electric field they stretch or compress, in accordance with the frequency of the signal thereby producing sound.

The piezo buzzer produces sound based on reverse of the piezoelectric effect. The generation of pressure variation or strain by the application of electric potential across a piezoelectric material is the underlying principle. These buzzers can be used alert a user of an event corresponding to a switching action, counter signal or sensor input. They are also used in alarm circuits.
The buzzer produces a same noisy sound irrespective of the voltage variation applied to it. It consists of piezo crystals between two conductors. When a potential is applied across these crystals, they push on one conductor and pull on the other. This, push and pull action, results in a sound wave. Most buzzers produce sound in the range of 2 to 4 kHz. 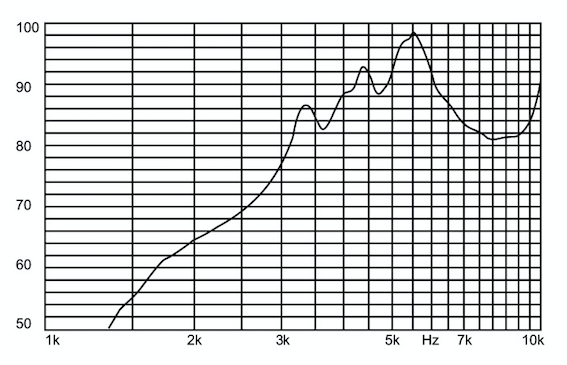